Just found an interesting post of Paulo Coelho (as always :)).

Hope you love it too, Pals 😉

As soon as the man had gone, one of his disciples remarked angrily:
‘But that’s absurd, Master! How can you possibly give such different answers to the same question?’
‘Because they are all different people, and each one of them will reach God by his own path. The first man will believe what I say. The second will do everything he can to prove me wrong. The third will only believe in what he is allowed to choose for himself.’

32 thoughts on “Certainty and Doubt” 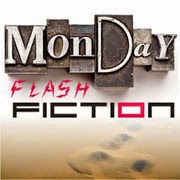